“Ilove it. It’s my passion. I love helping people heal after all the terrible things that have happened to them,” Polly Pyefinch told me when I asked her how she enjoyed the role of prison chaplain at both the Palmerston North and Whanganui prisons. “I did a postgraduate Diploma in Chaplaincy from Otago University.” Pauline Pyefinch has filled other roles too. She’s been a teacher aide, a gymnastics instructor and a tutor. “I’m a jack of all trades really. I’ve been a clown too.” The role she’s playing in Repertory Theatre’s latest play in rehearsal, Direct Hit, is that of Tina. “Tina’s the prompt in the play they’re rehearsing within the play, but she really wants to be a director. Her boyfriend’s been cheating on her so she’s gunning for him.” What does she think of Direct Hit, the play? “Well, it’s got a bit of everything in it,” she said. “It’s got a bit of drama and it’s got some comedy. Really exciting stuff happens.” I look forward to seeing what that exciting action is. The production dates have been put back a week so now Direct Hit will open on Thursday, August 19, at 7.30pm, followed by evening performances on Friday, August 20, and Saturday, August 21, a matinee on Sunday, August 22, and further evening performances on the following Wednesday, Thursday and Friday, August 25-27. 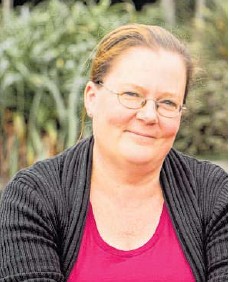