The Virginia Lake Trust is hard at work making improvements at the lake and communicating with visitors. Last week the Wanganui North Rotary Club and the trust presented the i-Site visitor centre with a reprint of 5000 copies of the Virginia Lake brochure. This was originally a Rotary initiative in 2014 when 7000 copies of a smaller version were handed to then-mayor Annette Main, followed in 2018 by an enlarged version of 5000 copies given to current mayor Hamish McDouall. This time the brochure is further updated and another 5000 copies have been produced by the club and paid for by the trust. The new version is a suitable companion to the brochure initiated by the Ornithological Society of NZ titled Meet the Birds Trail, also funded by the trust. For some time the trust has been working on a proposal to shift the Tainui statue closer to the lake shore from her somewhat inhospitable location above the boat ramp. This will be carried out next month by the family business connected to the sculptor, Joan Bullock Morrell. Improved explanatory signage will be provided by the trust as part of the shift. We are also working on improving signage to the McGregor Waka Maumahara which many people feel is too well hidden by trees and needs to have better identification, as many casual visitors to the lake find it hard to locate. At the trust’s meeting last week we sadly and reluctantly accepted the resignation of our founding trustee and chairman Sandy Dobbin. Any thoughts on how best we could acknowledge his initiative and guidance over many years, somewhere around Rotokawau, Virginia Lake, would be appreciated. 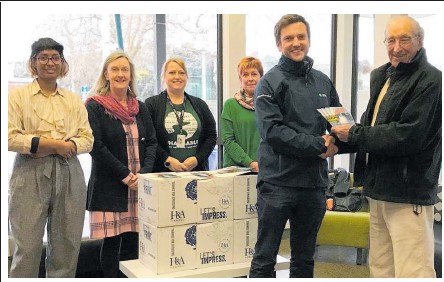